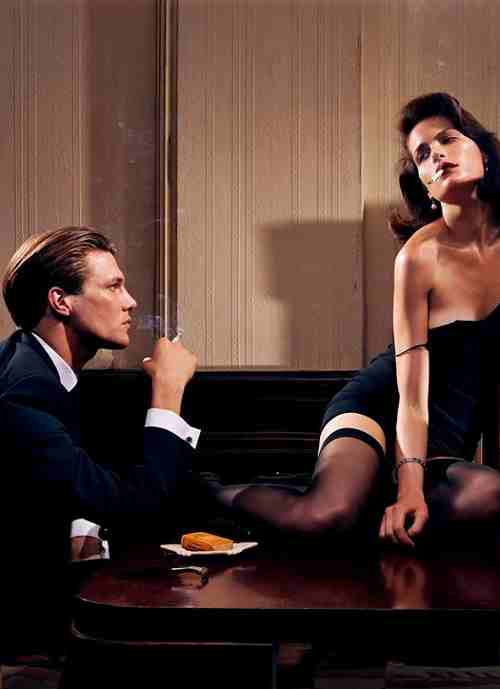 In July 2013, the 25th Anniversary issue of Vogue Italia included a highlight of the Vettriano inspired fashion story, ‘Pulp: His Kind of Woman’, in their ‘Steven Meisel: Greatest Hits, Volume 1’ anthology, compiled to celebrate the magazine’s benchmark anniversary.

The internationally acclaimed fashion photographer, Steven Meisel, originally shot the 32-page story inspired by the paintings of Jack Vettriano for the August 2004 issue of Vogue Italia. Entitled ‘Pulp: His Kind of Woman’ , styled by Edward Enninful and produced by Eric Hoffman, Meisel’s fashion story was credited as being based on the paintings of Jack Vettriano and explores the film noir themes for which Jack has become famous.

Some of the photographs are direct interpretations of individual paintings, whilst others are more in homage to the style and atmoshpere of Vettriano’s work.