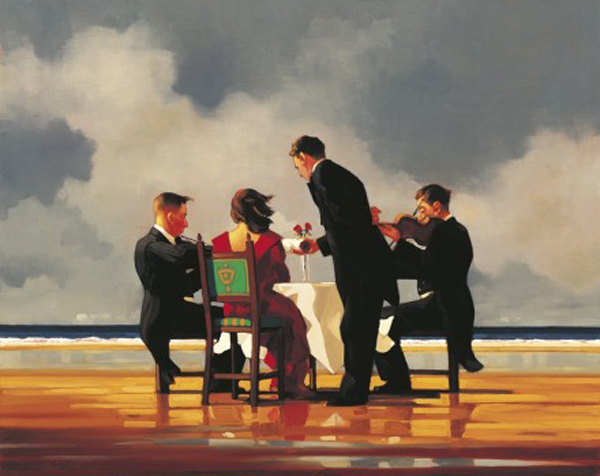 Heartbreak Gallery in London will be hosting an exhibition of twenty paintings by Scottish artist, Jack Vettriano, curated largely from private collections. Other works to be displayed include a number of previously unseen works by Vettriano, which have come directly from the artist’s studio. Many of the paintings featured in this exhibition are touring on loan to Heartbreak, following the recent Retrospective of the artist’s work held at Kelvingrove Art Gallery & Museum in Glasgow, which received a record-breaking 130,502 visitors during its 5 month run.

For Vettriano fans who were unable to visit the Retrospective exhibition in Glasgow, Heartbreak Gallery will be offering one last opportunity of seeing some of the works that were featured in this much talked about event. The works to be displayed in London range in date from 1992 to 2012 and include famous works such as ‘Elegy for a Dead Admiral’ and ‘Pendine Beach’, amongst other, lesser known works to be seen.