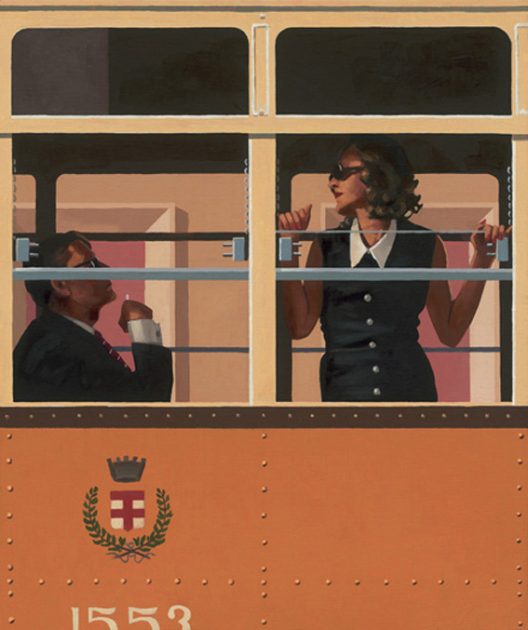 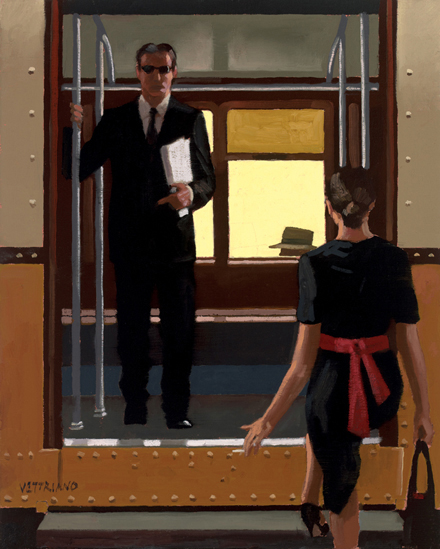 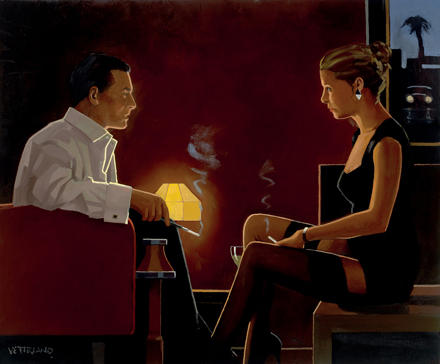 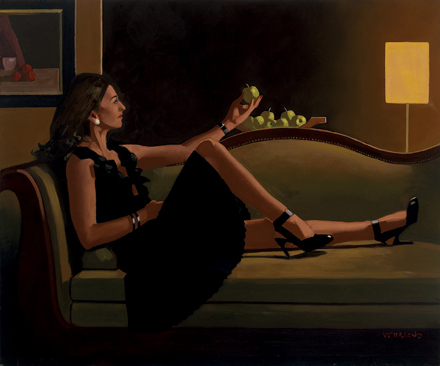 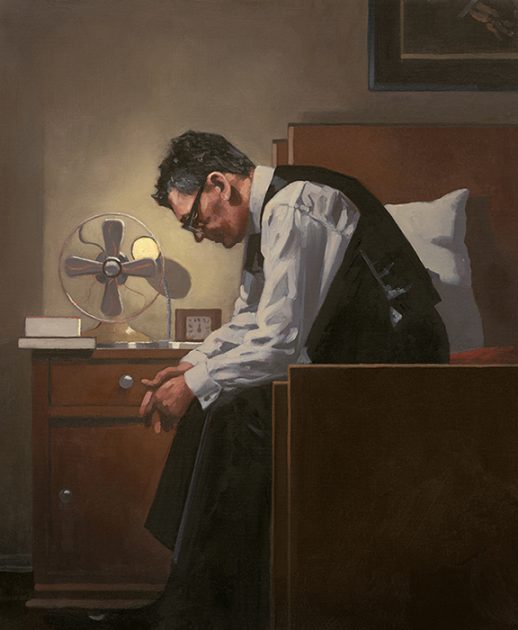 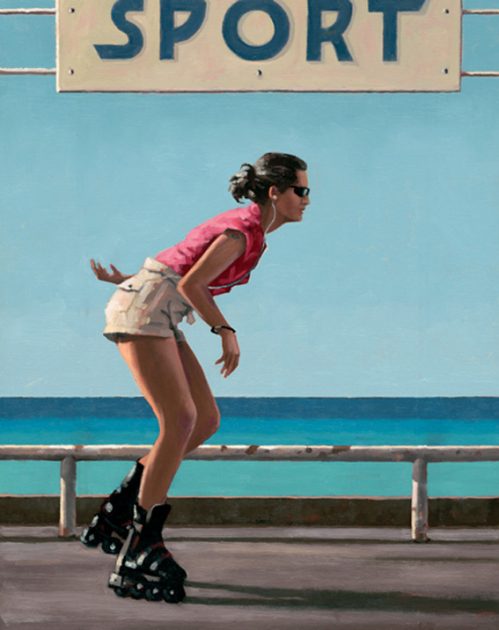 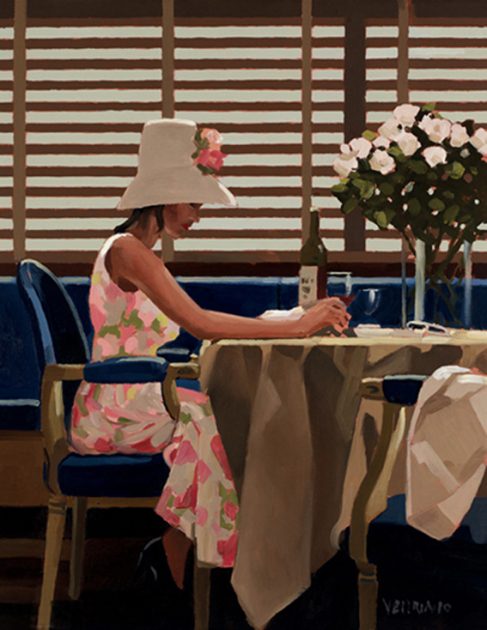 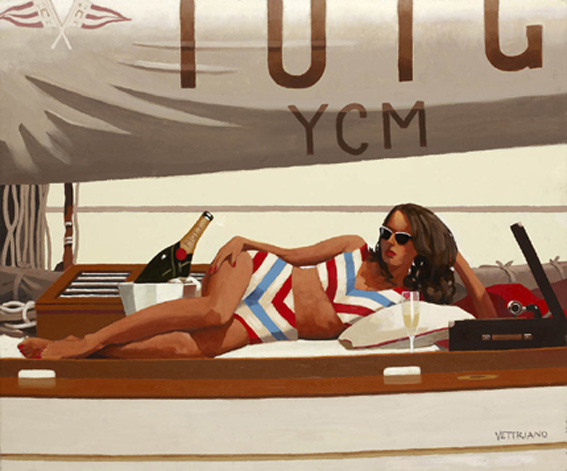 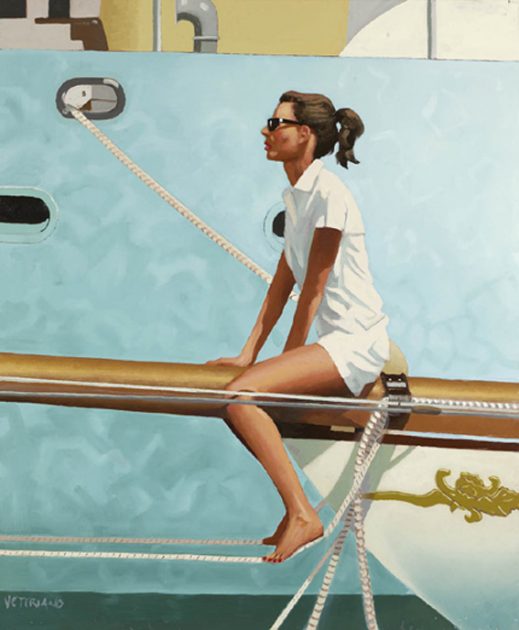 Following on from ‘The Ballroom Spy’ exhibition in 2011 we shall turn our attention to Vettriano’s ‘Days of Wine and Roses’ exhibition. Taking place at Kirkcaldy Galleries from March 2010, the exhibition offered a glimpse into some memorable moments and places in Vettriano’s life in the preceding years.

The exhibition started with a sequence of paintings inspired by Vettriano’s visit to Milan when the artist visited the city to record a television interview. Milan’s main mode of transport, the “Giallo Milano” trams, immediately caught Vettriano’s eye with their distinctive cream and yellow livery and beautifully restored interiors of chrome. This quickly led to Vettriano being given the opportunity to stage a photo shoot at the Via Messina tram depot.

Vettriano collaborated with Fred Marcarini who shot the photographs for the tram sequence of paintings. The pair had met the previous year in London when Marcarini was commissioned to take a series of portrait shots of Vettriano for an Italian magazine, Monsieur. Featured in this exhibition Vettriano’s painting ‘The Weight’ was a response to one of Marcarini’s portraits shot in the artist’s home.

Another sequence of paintings that show a continental influence on Vettriano’s work were created as a result of an approach by the director of the Yacht Club of Monaco. The club suggested that a painting of their yacht, Tuiga would be a wonderful way to commemorate its centenary. Nine paintings evolved from the photo shoot at the Club, with vintage cars loaned by the retired racing driver, John Coombs and a model dressed in vintage clothing who posed with Vettriano both on Tuiga and in the Club itself. Homage à Tuiga was first exhibited in September 2009 at a private event at the Yacht Club of Monaco.